A forward thinking NJ based entertainment booking agency, with our affiliates, serving the tri-state area & beyond. We provide complete music & entertainment services for your wedding, corporate event, private party, bar, club, casino, or private destination. Some of our clients include Anheuser-Busch, NJ Devils, Rutgers University, The Sea Shell Resort and Beach Club in LBI, The Backyard at the Meadowlands Racetrack, Northern Eagle Distributors & the Bud Light Party Plaza at MetLife Stadium for every Giants & Jets home game. We also provide “A” list acts for the biggest names in the night club & bar industry. Our Event Planning services include tenting, lighting, seating, stage & sound, promo girls, catering & marketing. With attention to detail and personalized service our most important client will always be YOU. 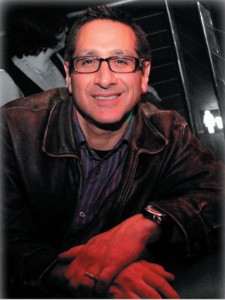 What gave you the idea to become an agent?
One of my dearest friends, Bob Harper who is owner of The Ringside Pub, always told me he thought I would make a great agent. At the time my band was with an agency he was constantly having problems with. He had the foresight to see that in me and has always been a big part of my transition. Also at that time I started to help one of my best friends, Walt Stacey, who had just formed a band called Big Orange Cone. I would just tell club owners “hey, my buddy’s new band is fantastic, you should give them a try”. The rest with them is history but it made me realize people actually listened to what I was saying. I started thinking “maybe Bob is right?” I was also instrumental in some musicians and bands getting together just by socializing within the industry. I started educating myself on what was going on, how deals were made and why. That whole musician mentality of “I just want to work” got replaced with “why am I working? Where is the work coming from?” There is a lot of “grey” in this business and not so much “black and white”. I learned a lot of what not to do from certain people. I also learned a lot of what you should do from others.  I’ve always been a realist; I knew there would be a shelf life for what I was doing. The fire I had as an entertainer burns hotter as an agent and I think in some way it was always there.

Was it a hard transition to make and do you miss performing?
As an entertainer you yearn to please the masses, it’s your life blood. I can see why most musicians who try to become agents fail. Don’t get me wrong, some agents I know are ex musicians but they are the few of many who have tried. My transition was a little bumpy, I opened Monte Entertainment in October of 2008. At the time the industry was so bad some of my friends laughed and said, “Nice time to start an agency”. I just responded “there’s nowhere to go but up” and I’ve been working hard ever since. As far as performing, I feel like I left everything I had on the table. My life was an open book for a while and I rode the wave. I truly cherished a lot of what was going on as it was happening. The fact that I consciously chose to stop performing and the reasons behind that make it hard to “miss” performing. Put it this way, I don’t “fiend” to perform on stage anymore but I smile inside every time I go to see one of my bands perform. I can visualize what I would be doing and I use that to help better my bands when we discuss things. I don’t necessarily want to do it anymore, but I want to channel some of my instincts to them.

How did you come up with the name Monte Entertainment?
My older brother Paul was the original “Monte” and it comes from our last name Montesdeoca which is of Spanish heritage. As we were growing up my other brother and I were sort of jockeying for position to “inherit” the nick name so to speak. We were even in a few original bands together; one was actually called “Monte”! As the popularity of my cover bands started to flourish a lot more people started to know me as “Monte” than both my brothers combined so I ended up trumping them both. My attorney at the time Keith Roberts, now with the firm Brach Eichler in Roseland N.J., insisted that “Monte” was a much more valuable marquee than I knew. It was a smart business move to call my agency Monte Entertainment. A little more insight to the name is that it is actually called FINLEY PRODUCTIONS dba MONTE ENTERTAINMENT. Finley is the nickname of Erica Zwickel who was Dogvoices’ road manager/caretaker. She tragically passed away in 2002. My brother Paul also tragically passed away back in 2000. My offices are located in the same building in Paterson that my brother Paul started his own business in back in the early 80’s. I worked there until the day I left to become a full time musician. We inherited it after his passing. My offices are 2 blocks from where I grew up as the little brother with no chance of claiming the family nickname. So the whole thing is rooted in a lot of sentimental value. 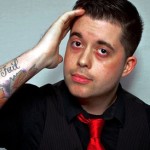 With an entertainment background including experiences like working at Capitol Records, co-owning a live music promotion company, managing an indie record label, writing a book on band management, and performing since the age of 12, it is easy to see how Rick fits in at Monte Entertainment. Rick is a driving force behind the success of many acts on the agency roster.