In the fall of 2001, Brad Alexander launched the first ever Dueling Piano show in NYC. Every Friday and Saturday night, in the basement of O’Flaherty’s Ale House on Manhattan’s Restaurant Row, Brad and a small group of piano players faced off on two Casio Celviano keyboards for a four-hour singalong with an audience that grew from 10 to far beyond legal capacity.

From there the show moved through several incarnations and locales over the course of a decade, from Times Square to Virginia Beach, and eventually landed at Bar Nine in midtown Manhattan, where Brad and fellow performer James Barr formed THE FLYING IVORIES.

With a rotating roster of top performers from around the country, THE FLYING IVORIES deliver an all-request, rock and roll sing-along straight to your wedding, birthday, bachelorette party, corporate event and more. 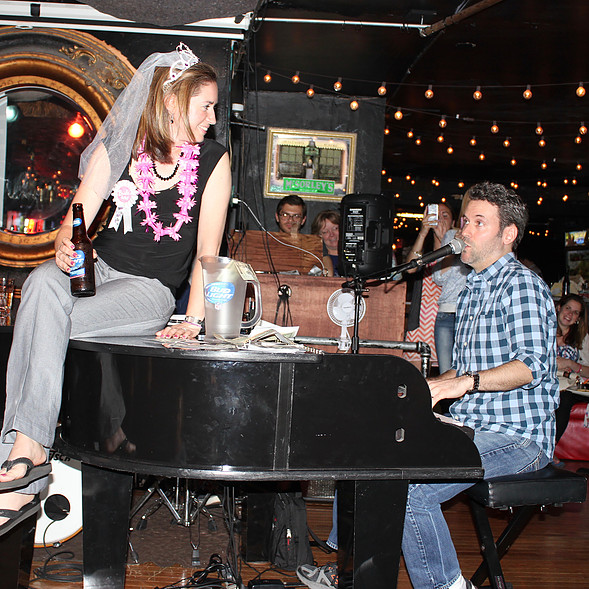 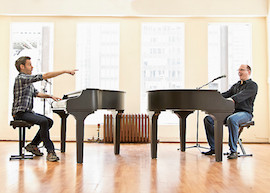